One Direction performs with Ronnie Wood from the Rolling Stones on The X Factor 2014 Final.

They gave an energetic performance of Where Do Broken Hearts Go to a packed Wembley Arena crowd.

This was probably a dream come true for Niall Horan, who is a big fan of the legendary Rolling Stones guitarist.

After their performance, Ronnie told Dermot that Mick Jagger thinks it’s “fantastically funny and hilariously creative” that he’s performing with One Direction. 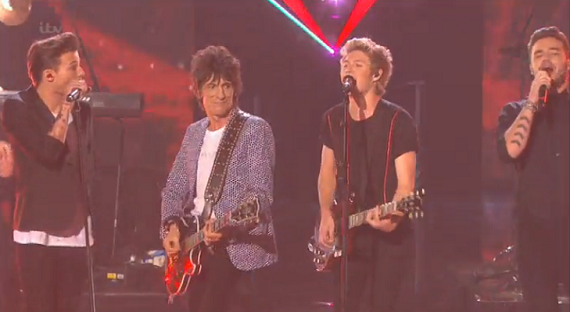