Only The Young impressed Louis and Tulisa singing ‘Ghost’ at Judges Houses in Bermuda on The X Factor 2014.

The band whose members are Mikey, Parisa, Betsy and Charlie, impressed all the way through the audition stages and impressed again with the Ella Henderson track in Bermuda.

After performing for their mentor Louis Walsh and his guest judge Tulisa, they admitted:

“We bounced off each other really well there.”

Louis agreed and he said:

“Good energy there. They are consistently good. They are so honest.”

However Tulisa, was worried that they might be a bit too nice and added:

“Very good energy but they seem like the type of band that kind of needs an edge. You don’t want them to be too cutesy and too nicey. Those guys are going to be one of your tough decisions.” 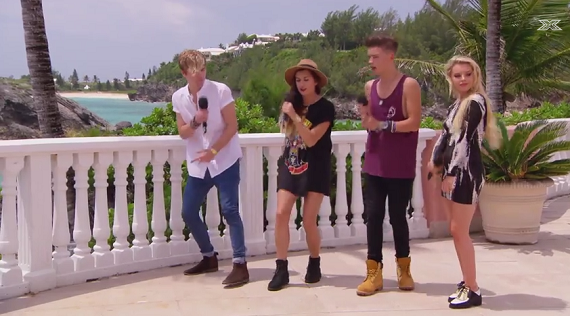