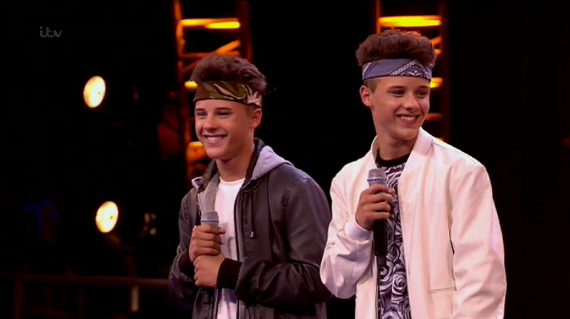 The Brooks twins impressed singing ‘Without You’ by David Guetta at X Factor 2014 Bootcamp auditions.

The 15 year old brothers are two of the youngest acts on The X Factor this year owing to the lowering of the age limit by Simon Cowell.

However, at their first audition the music mogul was not very impressed with the twins and taking to the stage at bootcamp, this was very much on the minds of the brothers. But they did not have to worry because of after their rendition of the David Guetta track, Simon Cowell was full of praise for them, and told them that they’d improved a lot since their first audition.

“We’ve seen a massive improvement in you two, but there’s a tonne of work to do,” Simon told them.