Quirky singer Abi Alton made it to X Factor Judges Houses in Antigua after impressing at Bootcamp.

The 19 year old singer has been a big hit with the judges ever since she first auditioned for the show  and she continue to impress with her performances at Judges houses for Nicole Scherzinger and Mary J Blige. 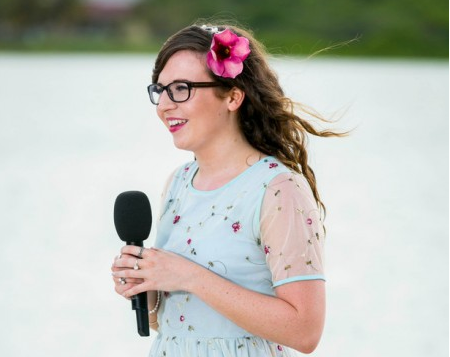 Her first song in Antigua was ‘Only You’ by Alison Moyet, but before singing Abi admitted:

“Today I am going to put everything into my performance, there is a possibility this could be the end for me. I just want it so bad now, I really do. There is always going to be a part of me that thinks I’m not good enough to do it. I don’t want that part to dominate today.”

“Music is my absolute life and to take it to that next level would just be a dream come true. I don’t know what I would do if I can’t do that. I feel like it’s my time to do that.”

Nicole loved the performance but was worried about her versatility and said:

“I love Abi but some people are saying she’s a one trick pony, that’s the only style she can do.”

“This is my first time seeing it and it moved me, so it’s a great trick. Would it continue to work? I don’t know.”