If at first you don’t succeed try, try again seems to be Jade Richard’s motto after making her return to the X Factor earlier this year. 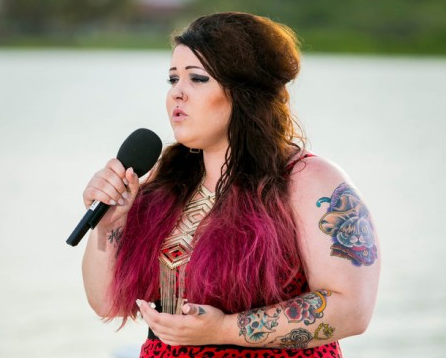 Once again Jade as made X Factor judges house, this time on the sunny island of Antigua where she will undergo a final audition for Nicole Scherzinger and guest judge Mary J Blige to try and book a place in Nicole’s top three girls for the live shows.

Before her performance Jade admitted:

“This is my second time at judges houses, so there is pressure to do well. I am going to sing this song like it’s the last song I’ll ever sing and show Nicole I do deserve a place here.”

“The tone of your voice and when you go into the high, big stuff, that rasp that comes behind it is just amazing.”

However Nicole had some concerns and as Richards left the pool area, she said:

“The only critique on that song is that I felt she was a little bit losing the fight half way through. Like she had us and then she started to back of.”

“I was thinking the exact same thing. Don’t lose the concept, don’t lose what you are doing.”