Over the past ten years, The X Factor judging panel has had numerous changes to the line-up but for some reason it is always the women that are replaced, with the only male change being Gary Barlow who replaced Simon Cowell in 2011.

But to the shows credit, the very welcomed return of Sharon Osbourne to the panel showed that they are willing to rehire, so we may even see the return of Cheryl Cole or Dannii Minogue some day.

However, who is the most beautiful and sexy female judge that has occupied one of the hottest seats on The X Factor over the past ten years? 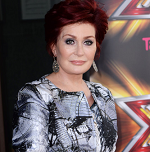 Sharon Osbourne
Sharon is one of the original X Factor judges that started the show 10 years ago. Sharon returned to the line-up this season for what is believed to be a finally farewell to the show – but only time will tell.

Sharon is the oldest female judge ever to sit on the panel, and in her 60th year, she is looking better than ever. 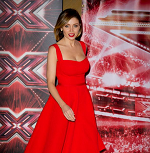 Dannii is also one of the original X Factor judges that sat on the panel 10 years ago, but left the show in 2010 to return home to Australia. Earlier this year Dannii rejoined the X Factor family as a judge, but on the Australian version of the show.

Cheryl joined the panel in 2007 to replace Sharon Osbourne, but the Girls Aloud singer soon established herself as the most popular judge on the panel. In 2011 Cheryl left the show to join Simon Cowell on the American version of The X Factor, but it turned out to be a very unwise move for the Geordie lass. 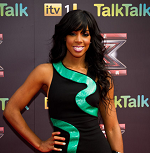 Kelly Rowland joined The X Factor panel in 2011 for one season and became the first permanent judge from the United States. This year the Destiny Child star joined the show’s boss Simon Cowell on the panel of the American version of the show. 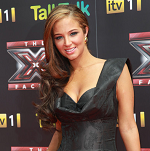 Tulisa Contostavlos will go now in X Factor history as the first judge to lead a girl group to victory.

The N-Dubz star managed this achievement during her first year on the show in 2011, but her final year on The X Factor in 2012 was a little less memorable.

Nicole Scherzinger, joined the panel fully in 2012 after first sitting in a judges seat in 2010 as a standing judge.

In our view Nicole has not had the recognition she deserved for her part in the creation of the biggest act to emerge from The X factor in its history, One Direction. Simon Cowell takes all the credit for the boys, but the group may never have existed if it was hot for the Ex Pussycat Dolls star. However, last year Nicole made a piece of X Factor history by being the first judge to have all three acts in the semifinals of the show.

So, that’s the line up of the x factor beauties, please vote for your favourite in our poll.