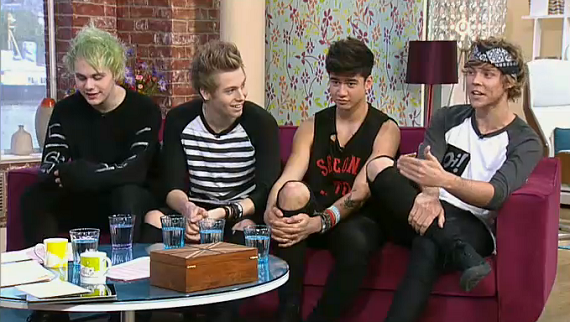 Five Second Of Summer (5SOS) are the hot and sexy new Australian new boyband that is slowly taking the world by storm and today they popped into the ITV This Morning studio to chat to Philip and Holly.

The Band whose members are Luke Hemmings, Calum Hood, Aston Irwin and Michael Clifford are currently on their European tour and took time out to talk about how they came together as a band and their experience supporting One Direction on their tour earlier this year.

is released today and it includes collaborations with The Madden Brothers of Good Charlotte, Alex Gaskarth of All Time Low and John Feldmann.