Band members of Freaky Fortune and RiskyKidd from London hopes to win the Eurovision 2014 Song Contest with their song Rise Up for Greece.

Freaky Fortune band member’s names are Nikolas Raptakis and Theofilos Pouzbouris. They are both 23 years old and both studied music since their early years. Theofilos plays the guitar and piano and owns a degree on theoretical music studies and music history, while Nikolas still takes vocal coaching lessons in the National Greek School of Music and composes with Theofilos all their songs.

RiskyKidd – real name Shane Schuller – is a 19 years old rapper, born and raised in London, by his Jamaican mother and German father. In recent years he has been living in Greece where he is a resident, and is well known after his co-operation with Playmen and Helena Paparizou (Greek Eurovision Winner 2005) with their international hit. 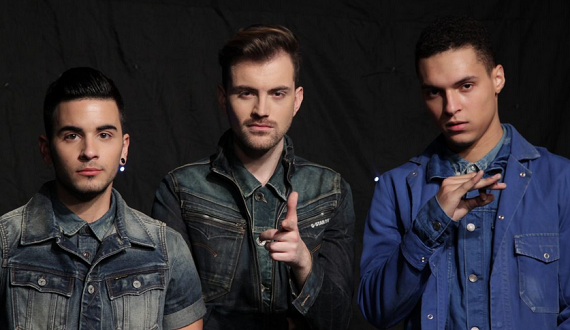