One Direction has unveiled the artwork for their brand new album, Midnight Memories. 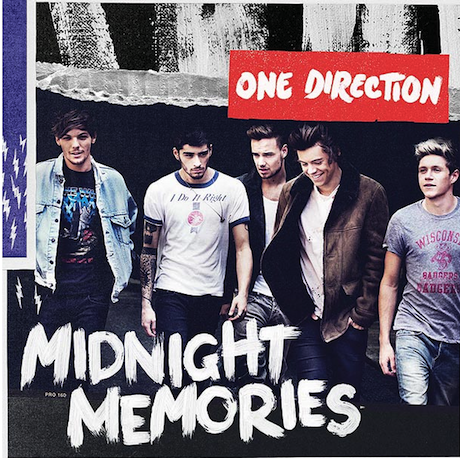 This will be the bands third album since they were formed in 2010 on The X Factor UK. Their first two offerings – Take Me Home and Up All Night – topped the charts in dozens of countries around the global and we would expect the new album to do the same.

The boys announce yesterday that the second single from the album will be titled ‘Story Of My Life’. The lead single ‘Best Song Ever was released in August of this year.

Following the Midnight Memorie’s release, the fab fivesome will embark on their first ever world stadium tour, which will stretch from Ireland, Europe and the UK to South America.

It will commence in 2014 and include a handful of headline dates at Wembley.

Midnight Memories is released on November 25 in Britain and a day later in the US.