Adam Lambert seems to be going from strength to strength at the moment and has had quite a successful last few years in the music industry. 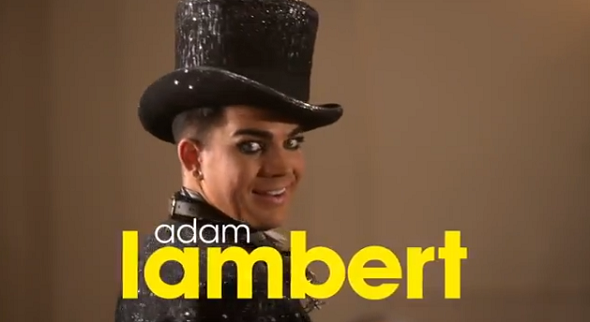 Lambert is by far one of the most popular and talented singers ever to come out of American Idol, and his recent collaboration with rock legends Queen has made him more popular than ever.

This week Adam has been speaking about where he draws his inspiration from.  He revealed that he seeks inspiration from some of his own idols and he admitted that he had been very much ‘inspired’ by the amazing show woman that is P!nk at her most recent gig. Lambert posted on Twitter:

He is a fan of Gossip Girl star Taylor Momsen too and added:

“What a weekend! Saw @taylormomsen and The Pretty Reckless on Friday night at the HOB. She was great!!!”

Very soon we will see Adam make his great Glee début and he seems just as excited about it as we are. He will play Kurt Hummel’s nemesis in the Fox musical drama and after a new promo was released, showing some of his stint, he tweeted to his follows: ’So excited.’ Check out the promo below: