Three former solo stars and two former members of boybands, have joined forces to create a new group called 5th Story for their appearance on The Big reunion on ITV2. 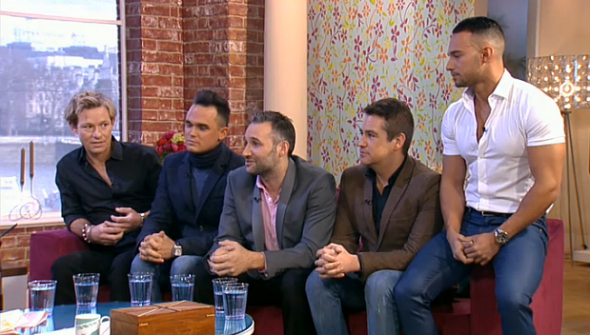 The group said they were all enjoying working together and have already recorded 5 songs for their Big Reunion appearance.

Gareth who is currently appearing on Dancing On Ice, said his schedule is quite tough at the moment have to joggle the two very different commitments, but he his just about coping with it.

The group is now hoping that they will have a future together after the show is over.

The Big Reunion airs on ITV 2 this Thursday.