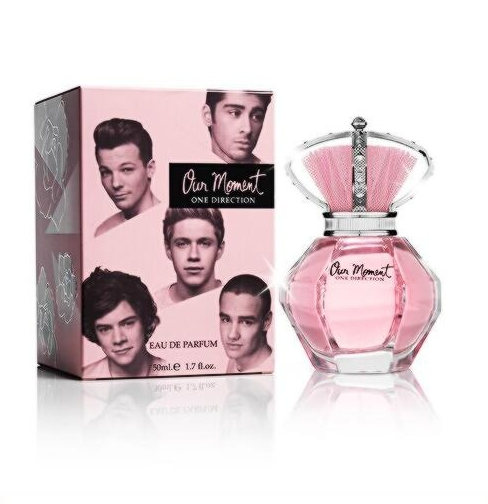 The band that is currently in the middle of their world tour is jetting off to Mexico this week to play in front of packed arenas but they took time out in London to unveil their new perfume for their fans called ‘Our Moment’.

Harry Styles  tweeted about their new fragrance telling his followers:

“The 1D fragrance is called (drumroll)… Our Moment! And it smells like a summers day..”

“I still can’t believe we’re releasing our own fragrance !

We worked hard to get it smelling just right, and very excited to announce that it will be called Our Moment!”

The boys also decided to take their perfume upmarket because it is set to hit the shops on September 9th, but it is exclusively at Harrods on August 25th and prices for the smallest size of a 30ml spray will start at £21.