Ping, the 2014 MasterChef champion brought her now famous Malaysian wonton soup to the ITV This Morning studios for Phil and Holly to try. They both gave the dish a massive thumbs up, before ping invited them to have more at a pop-up restaurant to open later this year in London.

Cooking at the restaurent will be Ping, Jack and Luke, and numerous MasterChef Professionals and Celebrity chefs: it’s the first chance to meet these inspiring chefs in a restaurant specially created for the MasterChef Family.

The one-off pop-up restaurant in London this September, MasterChef Restaurant & Bar will showcase the best chefs from the past ten years. Particularly celebrating the diverse tastes and talents of the amateur MasterChef Champions who capture the nation’s hearts, and appetites, and will now come together for one month. 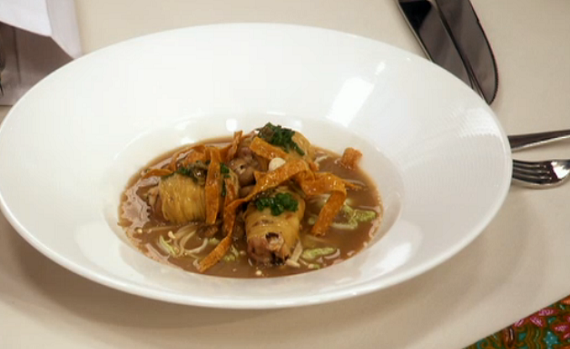 Ping’s pop-up event will take place in the Blue Fin Building, 110 Southwark Street, London. The nearest stations are Southwark, Waterloo, Waterloo East, Blackfriars and London Bridge, which are all a short walk from the building.

The Jubilee, Northern, Bakerloo, Central, District and Circle Lines are all within a 10 minute walk from MasterChef Restaurant & Bar, and the Thames Clipper riverboat service stops at Bankside Pier, a five minute walk from the venue.