Fresh from their American adventure last week when they appeared on the Ellen DeGeneres show, the two boys that goes by the names of Bars and Melody (BAM) make their return to the Britain’s Got Talent stage tonight.

BAM have only been together a short while, but have already begun writing their own songs.

The boys blew the judges away with their own composition of ‘Hopeful’ (originally by Twista ft. Faith Evans) with lyrics they wrote from their own experiences of bullying.

After reducing the judges to tears and with encouragement from the audience, Simon pressed his Golden Buzzer and sent the boys straight through to the semifinals.

Tonight they perform once more in an attempt to secure the public votes and book a place in the final and return Simon for using his Golden Buzzer on them.

They delivered a amazing rendition of I’ll Be Missing You (Every breath You take) that wowed the judges.

These are the comments from the panel:

Alesha Dixon: My heart melts! I have fallen in love with you. You are so adorable. I think you guys are on your way to something really special.

David Walliams: It was sic. It was wicked. It was hip and it was hop and it was happening. What is there not to love about you two? There is nothing cheesy about you. It was a beautiful performance.

Amamda Holden: Tonight you were just amazing! You have done yourselves and your parents proud. Those words were so poignant.

Simon Cowell: I think they did amazing! I think this is a very difficult song to sing, I would have liked a bit more time with you to work on that. The rap was outstanding, the message was great. You are real. You are so likeable! 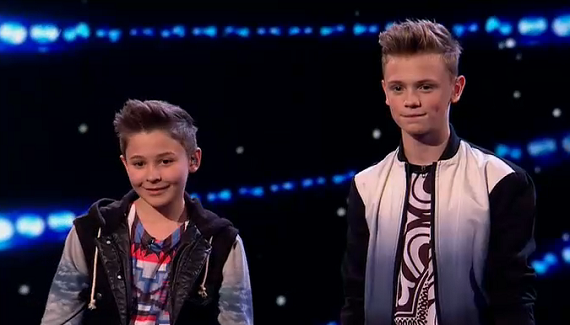