Marcus Wareing make his MasterChef: The Professionals 2014 debut with his poached quail breast recipe for the first Invention Test of the new series.

The two Michelin Star chef replaces Michel Roux Jr. and wasted no time in putting the first group of upcoming chefs through their paces in the kitchen.

Marcus gives the chefs the main ingredient for the dish, a larder containing the rest of the components in Marcus’ dish, and an array of other high quality ingredients.

The chefs need to impress to give themselves a chance to make it through to the next round. 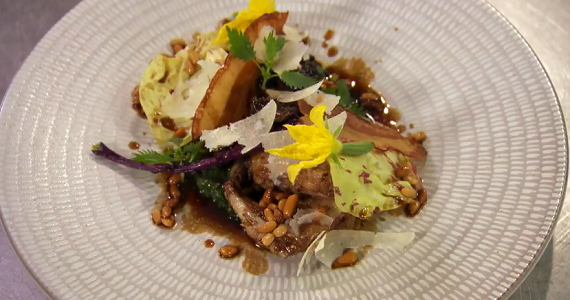