He is a Two Michelin star Chef, the son of a vegetable supplier. He learnt the basics of his craft at just 18 years old, working at The Savoy before a stint at Le Gavroche under Albert Roux. He’s well travelled, having been based in renowned restaurants The Grand in Amsterdam and The Point in New York.

He was awarded his first Michelin star aged just 25, one of only a handful of chefs to be recognised at such a young age. Next followed Young Chef of The Year, further Michelin stars in 2004 and a second coveted star in 2007.

In 2008, Marcus launched ‘Marcus Wareing at The Berkeley’. 2011 saw the launch of his second restaurant, The Gilbert Scott at London’s St Pancras and in September he will open his third London restaurant, Tredwell’s on Upper St Martin’s Lane, Seven Dials.

This season he replace Michel Roux Jr. in the MasterChef: The Professionals kitchen, were he will team up with Monica Galetti and Gregg Wallace as they put a fresh crop of up and coming chefs through their paces in the new series of the hit BBC show. 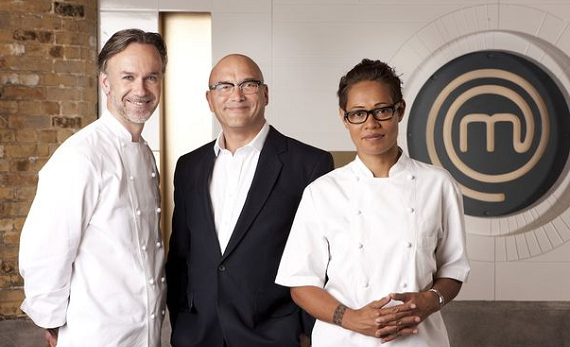