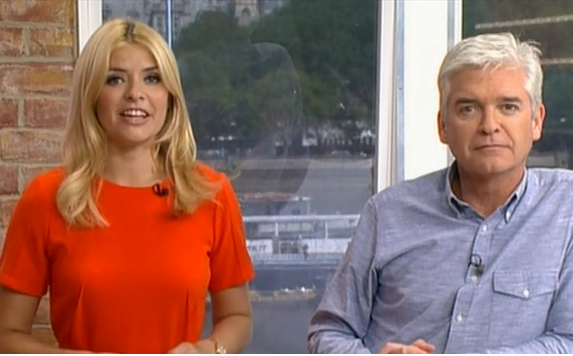 Holly Willoughby has recently been in the press for showing too much cleavage on the final of The Voice after some viewers complained that they saw more than they bargained for on the hit BBC show.

However, the TV presenter whose day job is presenting This Morning with Philip Schofield on ITV, gave too much information for some when she confessed to having flashed her Knickers at Wimbledon after an interview with Wimbledon Champion Andy Murray the day after he won the biggest prize in tennis.

Willoughby was explaining why she changed her dress when she appeared on set in the studio after just conducting a live interview with Murray. In an attempt to stop viewers from thinking that the interview was pre-recorded she said:

“I got changed for the simple reason that the dress I had on was really floatie and it is quite windy outside, and when I was standing at Wimbledon I flashed by Knickers to everybody.”

At this point the look on the face of fellow presenter Emma Willis in the Hub was priceless. Philip Schofield took it all in is stride and said: 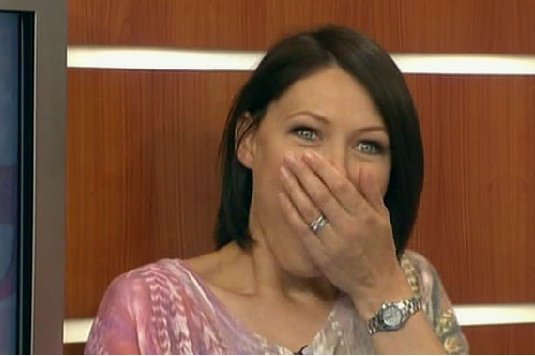 Let’s hope  ITV This Morning viewers and the Wimbledon crowed are a little more 21st century and a little less 19th century and see the funny side of this and don’t go off complaining to OFCOM.