One of the most successful pop acts of the nineties S-Club is set to reform in line with the current wave of forgotten acts of yesterday attempting to recapture their former glory days once again thanks in part to the ITV2 show The Big Reunion. 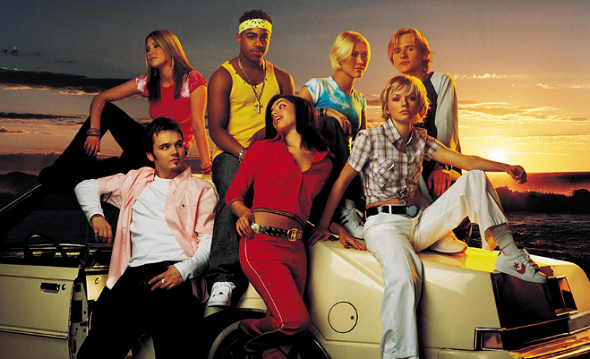 However, the former teenage group is hoping their reunion will be the focus of their own rival reality TV show, according to reports.

S Club was created by Simon Fuller, the founder of the ITV talent show Pop Idol. It is expected that all the original band members – Tina Barrett, Paul Cattermole, Rachel Stevens, Jo O’Meara, Hannah Spearritt, Bradley McIntosh, and Jon Lee – will return to the band.

The band enjoyed huge success over five years both at home and also in the United States, Asia, Latin America, and Africa.

An industry insider recently told The Sun, “The Big Reunion was such an incredible success the first time round that ITV are currently signing up bands for the second series.

“S Club were very high on their list but getting them seems to have been scuppered by this latest move.

“To be fair to 19 Entertainment, they created S Club 7 so there’s no reason why ITV should be making a load of money bringing them back together.

“Approaches have been made and it looks like the S Club boys and girls will all jump at the chance to get involved.”

See the band in action in the video below: