Suarez clashed with the Italian as the two competed for a free-kick, when Suarez clearly threw his head in the direction of the Italian player. The centre-back fell to the floor in agony, immediately followed by the Uruguay striker who was attempting to play the victim of the clash.

Suarez was seen clearly holding his teeth in pain after the incident, but no action was taken against him by the referee. Diego Godin struck soon after to give Uruguay a crucial 1-0 win that sees Uruguay progress to the last-16 at Italy’s expense. 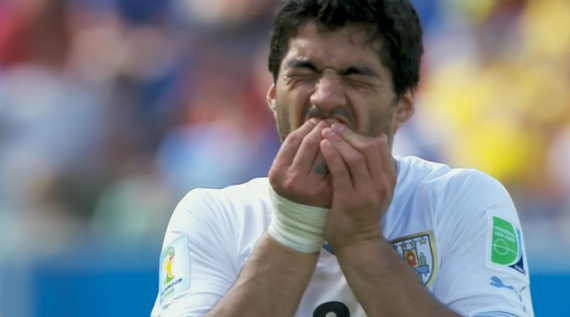