There is no doubt that Columbia has taken this World Cup by Storm. Their free flowing football is easy on the eyes and they have a new world football star in James Rodriguez. 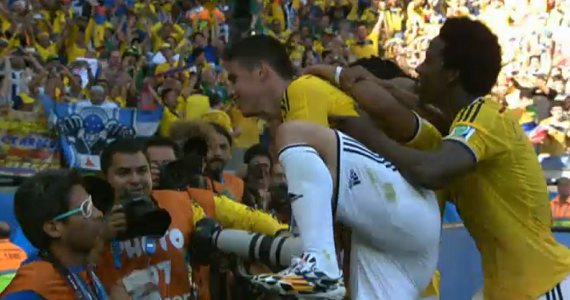 For many neutrals they are the team to watch; they play with flair, passion, commitment and have a very good technical understanding of the game.

We first saw James Rodriguez play for his country in the U17 World Cup in 2007, and we believed then that he would be a big football star in the future. The future has now arrived and he his now showing the world his wonderful footballing talent.

However, for us it is not all about the skills on the pitch that makes for a good World Cup experience, but it is also about that little extra something that an individual or team can bring that sets them apart for the rest of the pack. Columbia has brought it all and the icing on the cake is their goal celebration.

The team has brought not just sexy football to the World Cup, but sexy Latin dance steps to celebrate their goals. 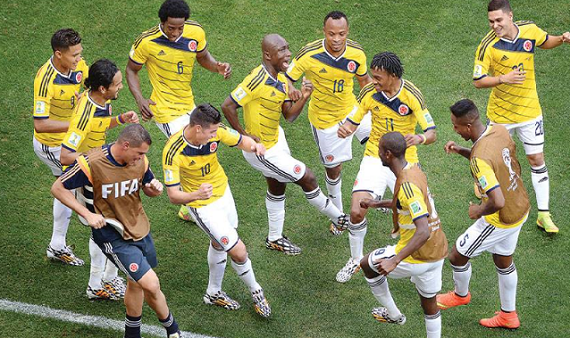