Millions of views who tuned into watch the opening ceremony of the Commonwealth Games would have got a surprise when actor and singer John Barrowman kissed a young male dancer for all to see.

It was a move intended to remind millions of viewers that homosexuality remains a crime in many Commonwealth member countries, but his stance is unlikely to change attitudes to gays in those countries anytime soon.

However, the kiss won broad support on Twitter, though Barrowman retweeted negative comments with the retort: “I am retwtin the neg because I want u all to see how bitter and Nasty and Neg some people r:) I am so happy right now. Jb”

On the night the move was met with party poppers and cheers of: “Here’s to equality in Scotland.”

Scotland voted to legalise same-sex marriage in February this year, which is due to come into force by the end of 2014. 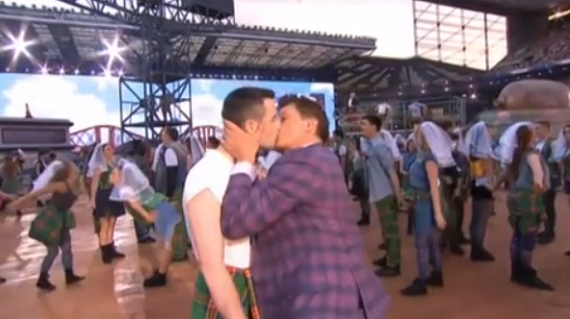