It would appear that a world wind romance is looking very much on the cards for two young hot celebrities in the music world that are constantly in the headlines for relationships. I am speaking of course of One Direction’s Harry Styles and pop superstar Taylor Swift. 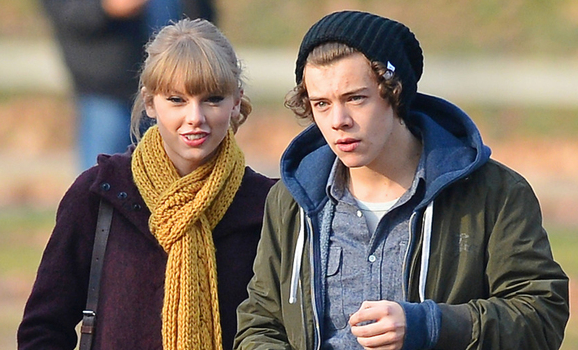 Neither Harry  or Taylor have officially confirmed that they are in fact an item, but after being photographed holding hands in New York recently, the talk of the town is definitely about a blossoming relationship between the two music stars.

Singer-songwriter Taylor Swift recently confessed that she has never had a long term relationship and in a recent interview with Cosmopolitan magazine, the ‘Begin Again’ star opened up about her romantic life and insists she doesn’t have “any rules” for dating and doesn’t consider age or career choice to be a deciding factor when picking a love interest.

“I really don’t have any rules about dating when it comes to height, age, career choice, anything like that,” Taylor says in the January issue of British Cosmopolitan magazine. “It doesn’t matter. It’s really more about strength of character. When it comes to age I’ve been all over the map!”

She added: “I’ve never had a really long relationship so I have no idea what that’s like. Wish me luck for the future!”

But 22-year-old Taylor need not worry, because One Direction’s Harry Styles seem to have a similar track record when it comes to short term relationships, and always it would seem with the older woman.

However, there is one thing that should concern Taylor; 18-year-old Harry previously revealed that is celebrity crush was RnB superstar Rihanna.

values - JB from JLS takes to the farm on Countryfile