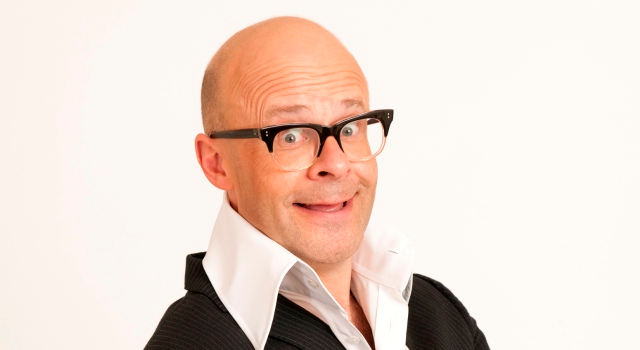 Comedian and TV host Harry Hill is currently looking for someone to play the role of music mogul Simon Cowell in the planned West End show X Factor The Musical.

The TV Burp presenter revealed on the ITV This Morning program that he has written a musical based on the ITV talent show. He told presenters Eamonn Holmes and Ruth Langsford:

“It’s all about getting in a theatre and getting the whole show in shape. But we’ve been doing a lot of work on it – we’ve got a script and we did some workshops just last week funnily enough with all these great, really funny songs.”

When Ruth asked if he was working with Simon himself, Harry replied: “I had to go and pitch it to Simon Cowell, which was interesting because it’s not entirely flattering. “

“We discover, for instance, why he wears his belt so high up. Did you know the real reason? When he was a child, he was a victim of bullies who used give him a wedgie the whole time, so he found the only way to avoid the wedgie was to have the [high trousers].”

Eamonn said: “Your dilemma is, who will play him though?”

Harry joked “Are you putting yourself forward?” then added: “I think it’s got to be someone of a small stature, but someone with a great voice.”

X Factor The Musical is expected to open in the West End in Spring 2014 and will be a comedy take on the popular ITV show. However, it may all come down to who Harry can get to play the lead role of Simon Cowell.