Raheem Sterling won praise from all corners last night for his performance in the England v Italy game in the World Cup in Brazil.

The talented Liverpool player, who is well known for his funny camp gay-like run, was England’s best player on the pitch in the 32C heat.

Before the match many people were wandering whether or not manager Rod Hodgson would select Sterling in the starting line-up or leave him on the bench to come on in the latter stages of the game to use his pace to give England an advantage. But Hodgson gave the 19-year-old the all-important number 10 role to lead the three lions attack against Italy.

During the match Sterling provided the vital pass to Wayne Rooney who supplied the cross that led to England’s only goal scored by Daniel Sturridge.

In the end it was the best England’s performance against quality opposition that we have seen for many years with good performances from all areas of the pitch, but it was Italy that came away with all three points scorindg 2 goals. 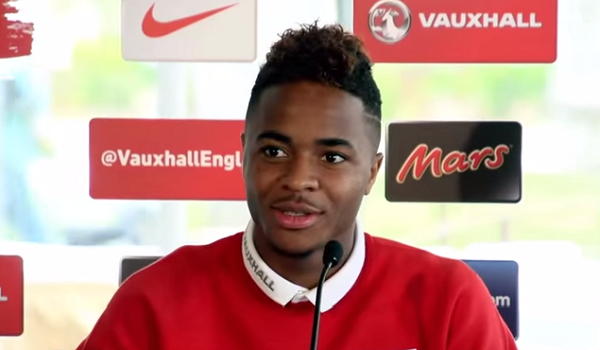