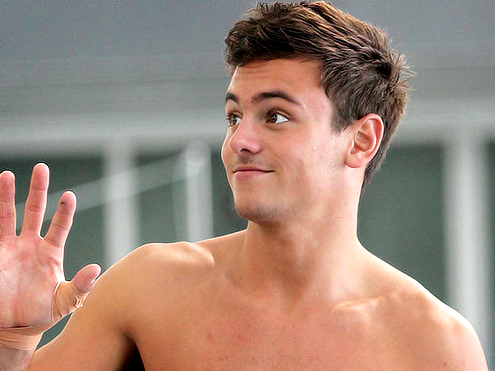 The Olympic diver who his seldom pictured with cloth on, was given the honour at a special ceremony held at Carbon at the Cumberland Hotel in London’s West End last night.

David Beckham and Man of Steel’s Henry Cavill followed in second and third place respectively in the poll conducted by the magazine.

Prince Harry finished in fourth place, while One Direction’s Zayn Malik made a surprise entry in the top 5 voted in at fifth place.

Attitude’s editor Matthew Todd said: “We thought we’d turn the regular sexiest women polls on their head. It’s a bit of fun but the response was overwhelming and there were some surprising votes!

“Tom Daley won by a country mile, and Prince Harry did extraordinarily well, no doubt in part due to recent revelations that he stepped in to stop a homophobic attack on former soldier James Wharton.”

See the top 5 in this photo gallery: