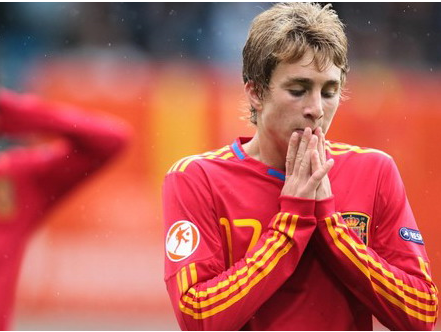 Gerard Deulofeu is a talented young football player who is a member of the Spanish Under-20 squad, and has represented his country throughout the junior ranks.

His move to Everton on a year’s loan deal is seen by many as a beneficial move for both player and the club. However, his long term future is potential in the Barcelona first-team playing alongside many of his childhood heroes.

Deulofeu has been one of the most talked about young players in Spain and has spent many years being coached at the Barcelona youth academy.

See the 19-year-old in action in this video.