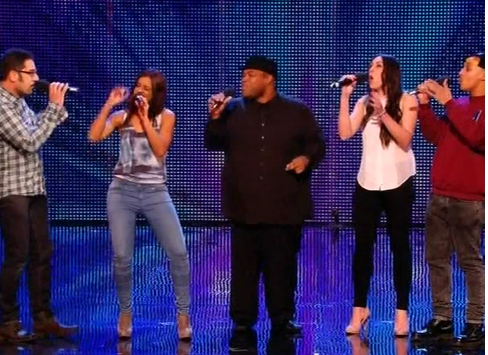 Band of Voices vocal harmony group gave an impressive vocal performance at their Britain’s Got Talent audition earlier this year.

The group performed their rendition of Jessie J’s Price Tag and God Save The Queen for the judges Simon Cowell, Alesha Dixon, Amanda Holden and David Walliams, without any backing track or instruments, but you would hardly have noticed given how brilliantly they harmonies.

This is the second singing group break through act we have seen so far this series that we felt had the wow factor or – should that be the X Factor, that we fell should make the top ten. However, interims of winning the competition, they really are up against strong competition with a number of other acts, including the singing group Luminites, who cased a real buzz on social media networks after their audition earlier in the series.