This week it has been revealed that One Direction’s Zayn Malik and Perrie Edwards from Little Mix are engaged. 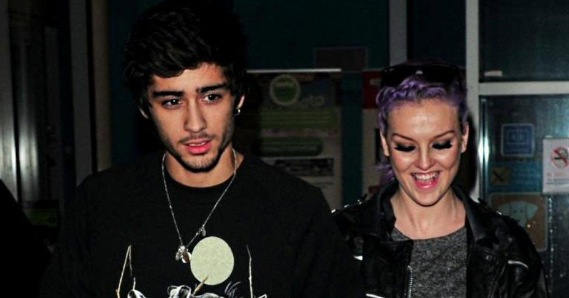 Edward’s diamond engagement ring was on show at the premiere of 1D’s new movie in London’s Leicester Square on Tuesday.

Since then it has been confirmed that the couple, who have been dating since 2011, have agreed to tie the knot.

A source told The Mirror: “It was so romantic – Zayn popped the question over the weekend when they were alone together.

“It’s one of the first weekends they’ve spent with each other, as they’ve both been on tours with their bands. He wanted to wait for the perfect moment.

“All her bandmates were at V Festival, and she couldn’t wait to tell them. They’re all really excited for her, as the rest of One Direction are for Zayn.”

“It’s wonderful because Zayn is absolutely gorgeous. It’s true they got engaged on Sunday and it’s absolutely lovely.

“Perrie loves him to pieces and it’s perfect. They get on so well together and understand each other. It’s just fabulous.”

However, this news may be the last thing Zayn Malik’s fans wanted to hear. Fans of boybands throughout the age have always wanted their idols to be single, because as long as they are, many believe they will one day be the lucky one to be walking down the aisle.

Zayn Malik might have made one young lady very happy, but in so doing have left many others heart broken.

In an interview today with Capital FM Zayn Malik confirmed the news of his engagement:

Zayn Malik might have made one young lady very happy, but in so doing have left many others heart broken.