One Direction has already taken the world by storm and it is therefore not surprising that ticket sales of their current tour are in huge demand. But hot on their heels are a little known group from down under called 5 Seconds Of Summer. 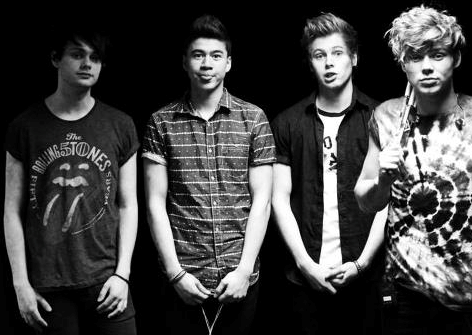 This new Australian boyband struck gold when the One D. boys asked the new kids on the block to support them on their world tour which kicked off in the UK earlier this year. With a gig like this, the band must be hoping that the magic of One Direction can rub off on them so they will be able to one day issue hot tickets of their own to arenas right around the world.

5 Seconds of Summer began as a band back in 2011 when Luke Hemmings, Michael Clifford and Calum Hood, who all attended the same school , joined together and started posting videos of themselves performing covers of popular songs to YouTube.

The group released their first single ‘Out Of My Limit’ in 2012 and shortly after came to London to collaborate with a number of UK stars to write songs for their debut album.

Check out the band’s debut single in the video below: