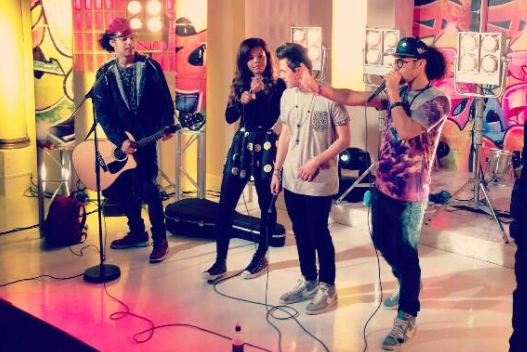 Luminites performed their latest track live on ITV’s This Morning program earlier today and it sounded good enough to be released as the band’s first single.

This new band that came to the public’s attention on the recent series of Britain’s Got Talent, made a big impression on the judges and looks set to have a big career in the music industry.

The band recently announced their first UK mini tour that kicks off at the O2 Academy2 Islington later this month.

See the band perform Head In The Sky in this video.