Naya Rivera took to Twitter today to tell followers that Adam Lambert has started filming for the show as you can see for these picture: 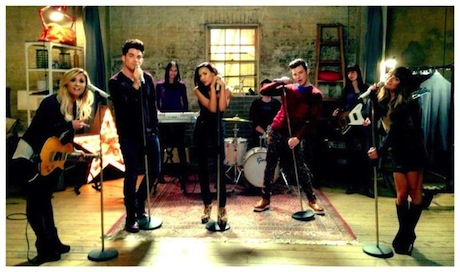 It has been known that Adam Lambert would feature on Glee during the shows fifth season but it was unknown as to what role he would play.

We would obviously expect him to do some singing, but how much acting he will do is still a mystery. However, Glee star Naya Rivera revealed how she was at work with Adam Lambert, Demi Lovato and Lea Michelle. 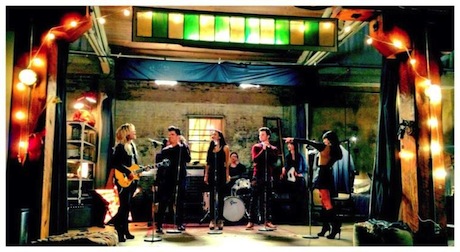 Earlier this year it was rumoured Adam would be playing a drag queen and perform a Lady Gaga track, but that turned out not to be true. However, the Lady Gaga track is still a strong possibility.

Last weekend Adam Lambert performed with Queen at the iHeartRadio Festival in Las Vegas. See his performance in this video: