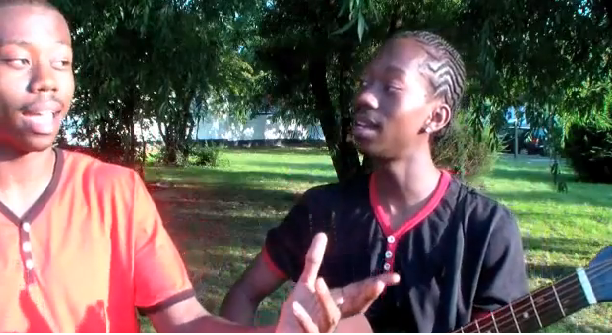 J-Unity are two student brothers from London who have been showcasing their rapping and singing talents on social media for the past couple of years hoping to catch the attention of the public and to land a recording contract.

Well, the 19 year-old twins whose names are Jerome and Jamaal, have taken a big leap forward in stepping out of the shadows of social media and take to the biggest stage on television in the form of ITV’s Britain’s Got Talent, to show the judges and the nation just what they can do.

“We are a young, unique and determined music group. Striving for success. 🙂 Remember ‘There is Strength in Unity’”.

When their audition is aired we will see if they are able to stay united and strong in front of the Britain’s Got Talent judges – Simon Cowell, David Walliams, Amanda Holden and Alesha Dixon – to delivery a performance of Lamberth’s hit track ‘Express Yourself’ that will impress both the judges and the on forgiven Britain’s Got Talent audience.

We think the lads have potential, but as we all know, that is not enough to make it big in the music business today. However, there is a freshness about this act and there is a hint of comedy in their rap that we quite like. So lets hope that the exposure they are about to receive after the show will get their career off to the start that they really need.

Check out their acoustic rendition of the track in the video below and see what you make of this new act: