Rahul Mandal was tonight crowned winner of the Great British Bake Off after battling with fellow contestant for the past 10 weeks in the bake off tent.

The 30-year-old from Rotherham competed in the final alongside 27-year-old Kim-Joy from Leeds and 29-year-old Ruby from London.

After winning the crown Rahul said: “This is probably the first time I’ve got something like this… I don’t know. I talk so much most of the time, I don’t know what to say now.”

He the went on to ring his mum to tell her the good news. 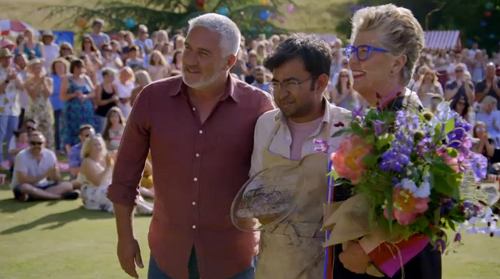