Nick Kyrgios victory over Rafa Nadal proves that the Australian wildcard entrant as a real shot of winning Wimbledon 2014.

The 19-year-old may never have progressed beyond the second round of a Grand Slam before, but he has displayed the fearless steel grid that every champion needs to have in his encounter with Nadal today.

The teenager list Rafa Nadal and Roger Federer among his idols, but now he has beaten Nadal at Wimbledon, it remains to be seen if he is able to do the same to perhaps the greatest grass court player that ever lived, Roger Federer. 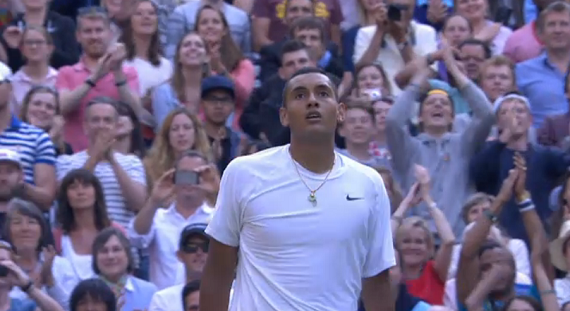