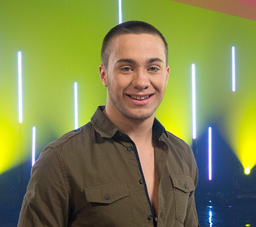 Lucas Macfarlane was tonight crowned the winner of Got To Dance 2013. Lucas finished in the top 3 along with Ruff Diamond and Gymtasia Evolution after competing with the 7 other acts who made it to the live finals at London’s Olympia arena.

However, it was Lucas Macfarlane who came away with the £250,000 cash prize and the title of Got To Dance Champion 2013.

His performance saw the judges on their feet giving the Canadian dancer a standing ovation. Ashley Banjo told him: “Normally I find it quite easy to put what I want to say in to words, but with you I can’t. I have never, ever been so inspired by a dancer in my life.

Kimberley Wyatt added: “Such a proud moment. When you perform, you have me in the palm of your hand.”

Before the result was announced, Ashely Banjo and his Diversity dance crew treated the audience to a routine from their upcoming tour. It was the usual amazing performance we come to expect from this very professional outfit and each time they take to the stage it serves as a reminder to the finalist the standards they will have to aspire to once the competition is over.

For us Lukas Macfarlane is a worthy winner and this is just the start of great things to come for this young dancer.