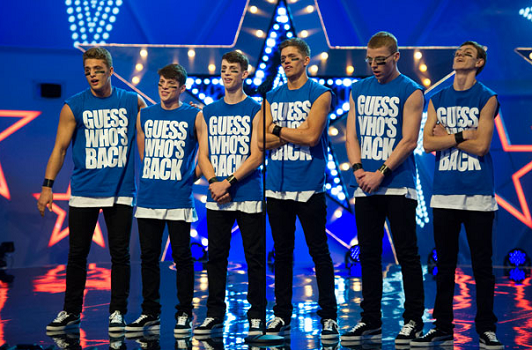 Ruff Diamond and Gymtasia Evolution are the last two acts that made it through to the Got to Dance 2013 live final after securing the most public votes on the fifth and final Got To Dance live semi-final show this year.

Acrobatic Gymnastics dancer Gymtasia Evolution and Street dance crew Ruff Diamond, came through a very tough night in close competition with four other acts in perhaps the best semi-final live-up of the series this year.

However, Gymtasia Evolution received 2 red stars from the judges and it is the first time an act has made the finals not having received three gold stars.

Kimberley Wyatt told the group: “You create impactful moments that I love, but I do have to say the choreography does need a bit of work, you need to really push yourselves so it becomes the same level as your gymnastics.”

“Your talent as acrobats is unbelievable, but as dancers I don’t feel you’re worthy of a quarter of a million pounds,” added Ashley.

Aston Merrygold, however, championed them and awarded them a gold star. “During your performance I just went, I’m gonna sit back and enjoy this. That was a spectacle on that stage tonight.”

Ruff Diamond on the other hand blew the judges away with their performance tonight with the Diversity frontman Ashley Banjo telling the crew: “You guys just smashed your own bar.

“There was some nervous energy tonight and a couple of slips, but you guys are up there with the best ever.”

“That performance was relentless,” added Kimberley Wyatt. “You are the tightest crew we have had.”