Tom Kitchin shows his students how to make ragout made with seven different types of Scottish seafood on the Chef’s Protege.

Michelin-starred chef Tom Kitchin begins his search for a protege as he returns to Perth College in Scotland where he himself trained.

Today he meets four of the college’s best students as he sets them a simple test to assess their level of skill, their instinct in the kitchen and more importantly what kind of bond he can potentially develop with them. Asking the students to prepare scallops using an array of ingredients, including fennel and orange, Tom quickly gets an idea of the type of chefs these youngsters have the potential to be.

The four chefs are then brought together as Tom shows them how to cook a dish that reflects his core culinary principles of maximising flavour with the best Scottish ingredients – a ragout made with seven different types of Scottish seafood.

Working under Tom’s tutelage the students recreate the dish before he decides which one will leave the process. 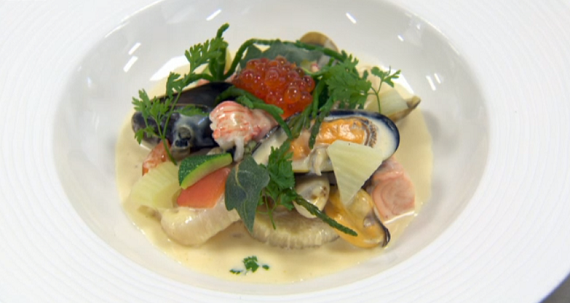