Singer Ricky Wilson, from the Kaiser Chiefs, has joined The Voice coach line-up for the new series of the hit BBC show in 2014. 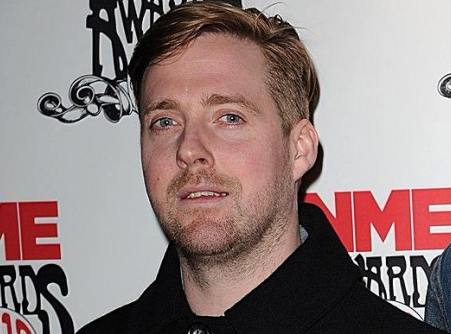 A three-time Brit winner, his band is known for songs such as I Predict A Riot, Oh My God and Ruby.

He joins Kylie Minogue, Tom Jones and will.i.am on the judging panel and new presenters Emma Willis and co-presenter Marvin Humes from JLS as the new look team for the talent show.

“Who doesn’t want to spend their Saturday night with Kylie Minogue?” said Wilson in a statement.

“I spent last winter yelling at The Voice, and both Sir Tom Jones and will.i.am were total superstars.

The singer is renowned for his extravagant stage stunts, and ripped tendons in his foot in 2005 after attempting an ill-advised “scissor kick”.

A source form the BBC said : “Ricky is one of the UK music scene’s great frontmen,”

“He knows all about performance and will complement the rest of the coaching line-up perfectly.”