Marvin Humes from JLS was today reportedly confirmed as the new co-host of The Voice UK for 2014. 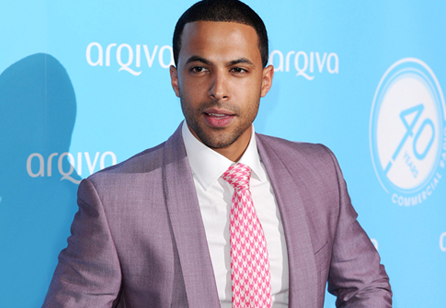 Humes will replace DJ Reggie Yates on the hit BBC show that has seen some radical changes for the new series. Coaches Jessie J and Danny O’Donoghue announced they wouldn’t be returning to the show next year.

Over the weekend, it was revealed that Big Brother host Emma Willis was taking over from Holly Willboughby and pop princess Kylie Minogue has been added to the coaching line-up .

“He’s got a few months to brush up on his presenting skills before the live shows, but he’ll go straight into the recorded rounds very soon.

“Bosses reckon he and Emma will have great chemistry.”

The paper adds, “Since JLS split Marv has been keen to get on telly. He and wife Rochelle, of The Saturdays, stood in for Holly and Philip Schofield on This Morning.”

No announcement has yet been made as to who will fill the final coach position, but dozens of names have been suggested, including Emeli Sandé, Rita Ora and Paloma Faith.