The X Factor USA returns to our screens later this year for a third series and with a new look judging panel. 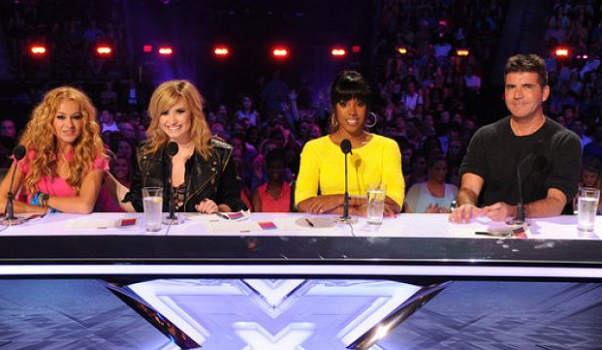 Demi Lovato, Kelly Rowland, Paulina Rubio and Simon Cowell are hoping once again to find the best singing talents in America and Demi Lovato – returning for a second season – revealed that this year’s panel will be much more positive and affirming than lineups gone by.

She claims that feuding, fighting and bitching is a thing of the past in the competition and told MTV news that she thinks the female dominance on the reality TV show has changed the vibe and created more harmony and fun and she explained:

“That’s fun having a bunch of women on that panel, because it’s like girl power and it brings a lighter energy to the show. Instead of having feuds on the panel, there’s actually…It’s all positive. Therefore it makes it fun to watch.”

“I’ve raised my bar, I put a lot of people through last year that had the overall package but didn’t have the best voices. And now I’ve raised the bar where I am not putting anyone through that I don’t think has the winning vocal capability and so I say no to a lot of people. I may come across as a mean judge, but it’s very matter of fact and I’m very, very brutally honest.”