Fans of the British sitcom Cuckoo on BBC 3 would have had a big surprise when they tuned into watch the new series last week and saw Hollywood teen heartthrob Taylor Launter playing the character Dale Jr.

Dale Jr., is a very hairy young man who left behind his ashram in India to look for his biological father. His father was Cuckoo who died in series 2, which meant Dale Jr. now found himself among his father’s widow and her family.

Taylor’s role in the show gives his fans a chance to see the Twilight star in a comedic role. Appearing at time semi naked, it seems to have gone down well with fans because his performance was the most talked-about element of the show, both shocking and impressing viewers who perhaps only knew him from his work on the Twilight films. 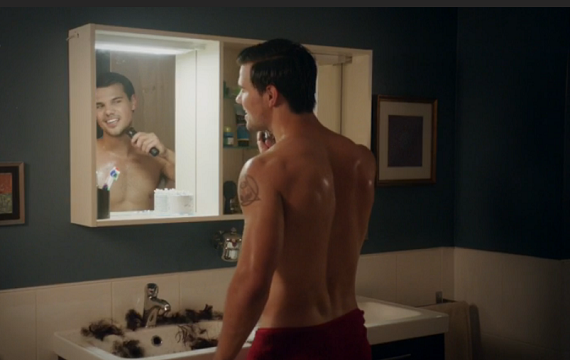