Anita Rani is property hunting in the Salzburg area of Austria with a couple – Robert and Annette – from Wiltshire who wants a complete change of lifestyle for the future.

Salzburg is the birthplace of Mozart, and is a city and also a region in central Austria, near the German border with a population of some 150,000. It is also the setting for the movie The Sound of Music, released in 1959.

Salzburg is the fourth-largest city in Austria (after Vienna, Graz and Linz) and the capital of the federal state of Salzburg. Its “Old Town”, with its world famous baroque architecture, is one of the best-preserved city centers in the German-speaking world and was listed as a UNESCO World Heritage Site in 1997.

The region has some of the most expensive properties in Austria. The average property price in 2013 was around £300,000. This is £50,000 more than a similar property in the UK. 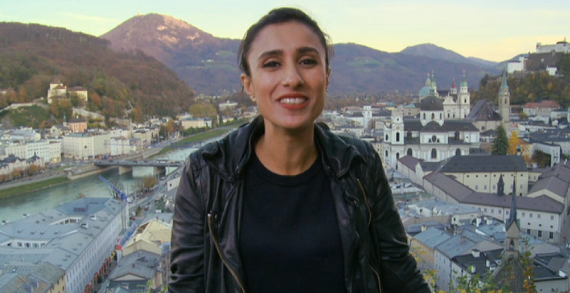 The first property on view is located in Bad Gastein, SalzburgerLand. It is a Chalet style guest house with a traditional Austrian exterior. It has 3 bedrooms for owner’s accommodation and 6 self-catering rental apartments.

The second property on view is located in Mauterndorf, SalzburgerLand. It is a Canadian style log-house with B&B potential. It comes with 8 bedrooms, basement and open plan living space. It was on offer for £585,000.

The third property on view is located in Tamsweg, SalzburgerLand. It is a Austrian guesthouse with 11 guest bedrooms. It was on the market for £420,000.

The mystery property on view is located in Rubbach, SalzburgerLand. It is a penthouse apartment with 3 bedrooms with open plan living. It was on the market for £376,000. 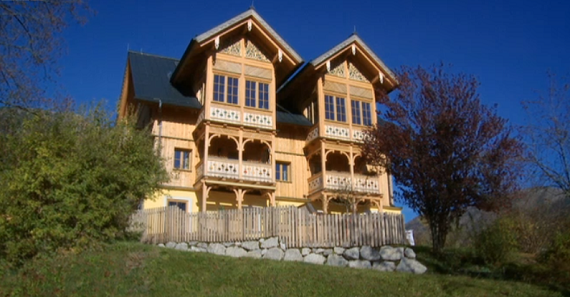 Things to consider before buying a property in Austria:
Formal offers are made in writing. The vendor has a fixed period of time to accept or reject the offer.
Once accepted and signed, it is legally binding. Fees generally amount to around 10% of the sale price and as always, it is important to seek independent legal advice before signing anything.