This week there has been global coverage of the birth of the Royal baby but it seems that it is the American news networks that has had the greatest coverage. 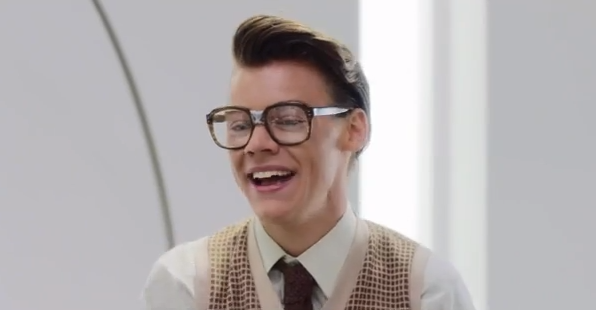 So enthusiastic are the Americans for British royalty, that reporters can sometimes fluff their lines to the horror of some onlookers like One Direction’s Harry styles.

‘The Best Song Ever’ hit maker was left seriously unimpressed during coverage of the royal birth when an American reporter got confused between Prince William and his father, Prince Charles.

Taking to Twitter, Harry said, “An American reporter just said on tv, ‘They just look like a normal happy family, Kate, the baby and Charles.’ Have a word.”

The new baby is of course third in-line to the throne, with his grandfather Prince Charles being first, and his new dad Prince William second.

Meanwhile, Harry also told his followers on Twitter how happy he is that the video to Best Song Ever has broken the record for the amount of views in 24 hours.

He wrote, “Just got told that we broke the record? You are all incredible. You keep on surprising us.. Thank youuuu”