Brazil now boasts more billionaires than Britain, and the Copacabana Palace luxurious hotel in Rio de Janeiro, Brazil, is a magnet for Brazil’s new wealthy elite. In its 90-year history the hotel has played host to everyone from Orson Welles to Justin Bieber and the king of Sweden.

As Brazil prepares to host the World Cup, Copacabana Palace – the new BBC This World series – follows the lives of the staff and guests at one of Latin America’s most iconic hotels.

Hairdresser Marco Antonio de Biaggi and housekeeper Graziela Jieno de Roche are two key guides that gives us a glimpse of how the rich and famous like to spend some of their enormous wealth.

See them in action in the videos below. 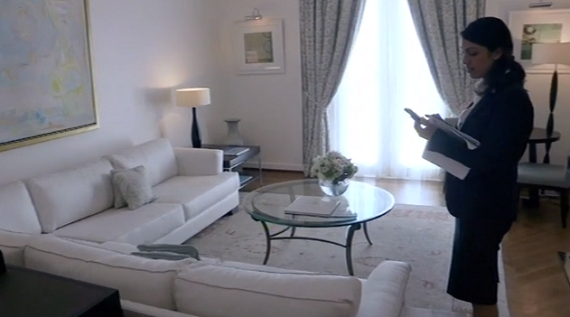