Alanagh and Ilse were crowned winners of the first series of Top of the Shop with Tom Kerridge. The food producer’s biltong meat product impressed the judges and shoppers alike after serving up a tasty avocado and biltong soup at a farmers market in Yorkshire.

The duo tipped the balance in their favour with an introductory offer of two-for-one on their biltong, in the farm shop owned by Chris Wildman. He said during tonight’s episode: “It’s flown out of the door, we’ve only got one packet left.”

The biltong meat ended up selling the most out of all seven of the finalists’ products.

Alanagh and Ilse were presented with their title by presenter Tom Kerridge and judges food writer and restaurateur Nisha Katona and Alison Swan Parente. 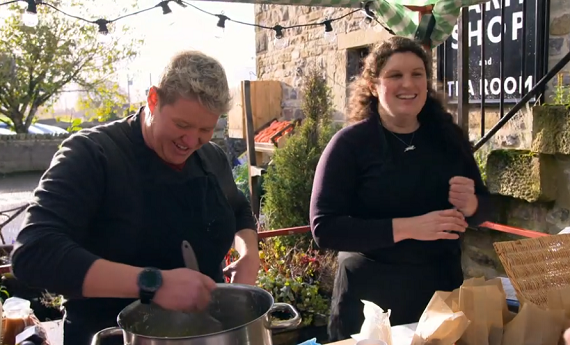