Andrea Faustini sings Ghost in a duet with Ella Henderson on The X Factor 2014 live final.

Ella was a former finalist on The X Factor before going on to have amazing chart success in 2014. Her appearance on the show tonight made her the first former X Factor contestant to take part in a duet on the ITV show.

After their performance Andrea said: “It was incredible. It was a such an honour to sing with a young girl who is so talented.”

Ella responded: “He’s done incredible. His vocals are insane. This is the Italian Stallion, we should embrace him!” 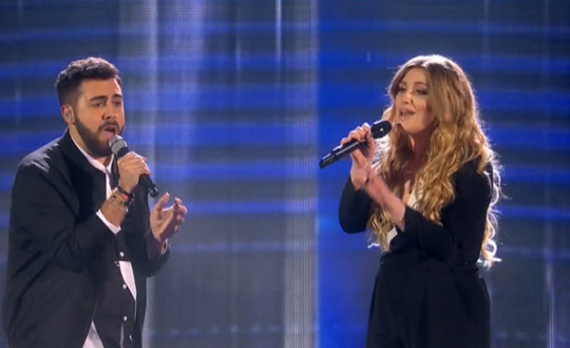