Fleur has become the biggest surprise act on the show this year for the judges and is fast becoming one of the favourites to win the race.

Last weekend 26-year-old from East London, not only impressed with her performance, but she also drew admiration for her defined abs, with judge Mel B complimenting the singer for her toned muscles during her appraisal.

Fleur told Women’s Health that there are no quick fixes to look the way that she does – it’s all down to exercising regularly and eating well.

She said: ‘I normally hit the gym five times a week. I tend to do half an hour of cardio – on the treadmill or a spin class – then head for the weights. I do a lot of core work, obviously!’ 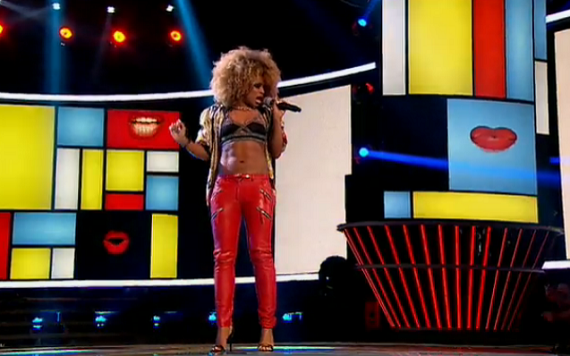