Stereo Kicks sings Boys Of Summer by Don Henley on The X Factor 2014 Eighties week in their bid to secure a place in next week’s show.

This week the eight piece boy band got some useful tips from One Direction’s Niall Horan.

The 1D singer has been hanging out with the group’s Chris Leonard in the run to this evening’s live performance.

“Niall clicked with Chris last week and they talk a lot,” a source told the Daily Mirror newspaper today. “Chris is taking his advice on board and hoping it gets them to the final stages.”

One Direction’s Louis Tomlinson has also been seen backstage at rehearsals for The X Factor this week. 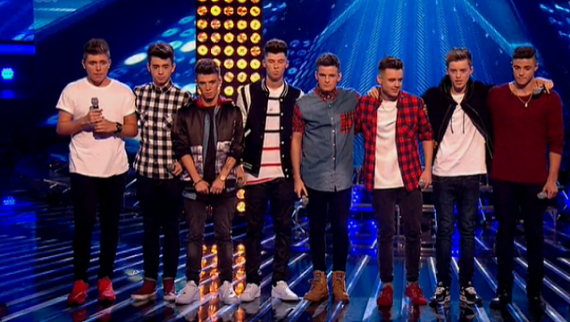