Andrea Faustini sings ‘One Moment In Time’ on The X Factor 2014 second live show with the hope of securing the public votes in order to return to the show next week.

The Italian singer seems to have been welcomed by the British public with open arms ever since his audition in the summer.

This week he spoke to Metro about his decision to leave the Italian version of the show and head to the UK.

He explained: ‘I had to make a choice.’

‘I just knew that I wanted to be here,’ he continued. ‘I feel this love from the British people – it makes me feel home, so I’m happy.’

Tonight he hope they will stay with him as he belt out the Whitney Houston classic track for the UK judges. 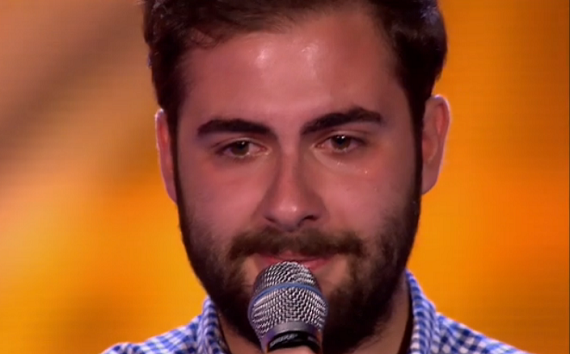