The X Factor first results show of the season proved to be a sad occasion for not one but two acts as the show looks to reduce the 16 acts to 14 for next week’s live show.

While the results were collated and verified, the audience enjoyed performances from two of America’s finest recording artists, Taylor Swift and Pharrell Williams.

When the results were announced, Blond Electra, Overload Generation and Steph Nala finished in the bottom three.

The act that polled the lowest number of public votes was Blond Electra. As a result they exited the competition immediately leaving the other two acts to battle it out in the sing off.

After the sing off, it was then over to the judges, starting with Simon who said: “Neither of you had a good night last night. Boys, that performance was shockingly bad, Stephanie you were good at the beginning but off key at he end. I cannot support an act I have no belief in so I’m sending home Overload.”

Mel B said: “I like both acts but I have stay with who I originally picked as a wild card so I’d have to send Stephanie home.”

Louis then said Stephanie was “amazing” but he was also siding with his own act and sending her home.

As a result, it went to deadlock with the outcome being decided by the public vote.

Overload polled the next lowest public votes and became the second act to leave the competition. 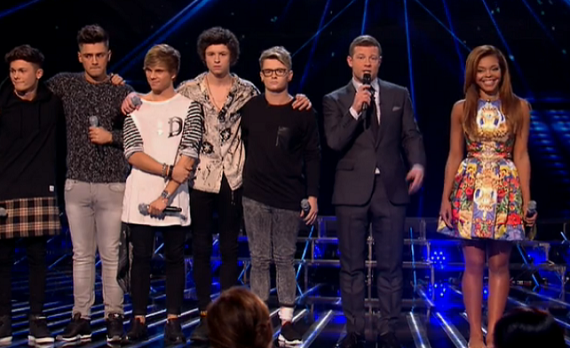